Vienna is the best world city 2011 to live in 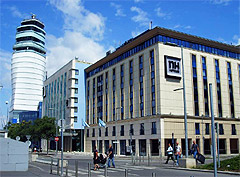 Mercer recognized Vienna as the most comfortable city in the world for the third time. In 2009 and 2010 the capital of Austria was also on the first place. The second most comfortable city in the world is Zurich in Switzerland. The same results the business center of Switzerland showed in the past year. Among the leaders were also such cities as Auckland, Munich, Dusseldorf and Vancouver.

Mercer publishes the rating of the life quality in world major cities each year. It covers 221 cities on the planet.

Another rating, prepared by Mercer, is Personal safety ranking, where Vienna was ranked the fifth. The first place went to Luxemburg. It is followed by Bern, Helsinki and Zurich.

Vienna not so long ago was recognized as one of the best cities in the world on the life quality in another authoritative rating compiled by the Economist Intelligence Unit (EIU), a member of the Economist Group, where is also was represented well-known British publication The Economist. According to the EIU study, the capital of Austria won the second place after Melbourne in Australia and was ahead of the Winter Olympics 2010 capital Vancouver.

In 2011 Vienna became successful not only in terms of ranking positions, but also in terms of tourist popularity. Despite the economic recession in Europe poor prognosis, which was published earlier this year, Vienna tourism industry did not materialize. Moreover, 2011 was a record year for Vienna on the number of overnight stays in hotels. Currently this number is over 10.8 million. It is the highest figure for the time of registering such statistics.

The main advantages of Vienna during the last decade are the health care system and the public transport system.