Most popular cities in the world in 2011 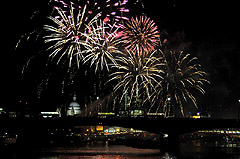 London is the most popular tourist destination in 2011

London promises to be the most popular tourist destination in 2011. This forecast was published by one of the leading payment systems in the world - MasterCard.

MasterCard announced optimistic forecasts for London, which are based on its own rating - Global Destination Cities. According to the rating, until the end of 2011 London will be visited by 20.1 million tourists.

Paris, an eternal rival of London, according to the forecast of Global Destination Cities, will receive by two million tourists lower. 18.1 million visitors is a number of guests, who are expected to visit the French capital in 2011.

On the third place, according to MasterCard experts, will be the "Asian tiger" Bangkok. The capital of Thailand will receive 11.5 million travelers.

It is worth noting that two of the three leaders of the current rating received awards as the most popular tourist destinations at Awards World Travel 2011, which was held in February and is a kind of Oscar in tourism. Then London was named as "the leading tourist destination in the world in 2010" and Bangkok received similar title for the Asian region and Australia.

Only one US city was included into the list of 20 most popular cities in the world according to MasterCard. And it is New York. According to MasterCard, in 2011 New York will be visited by 7.6 million tourists. This fact allowed the city to take a very modest 12 place.

General list of the most popular cities in the world in 2011 is the following:

MasterCard rating is calculated on the basis of data on registration of international arrivals at the airports, as well as UN statistics on tourist spendings.