Property in Spain: the market is returning to life? 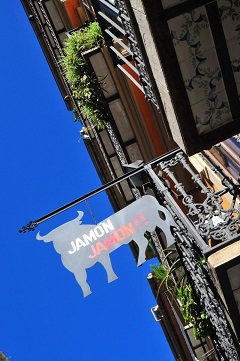 According to the statistics prepared by the Ministry of Public Works and Transport of Spain (Ministerio de Fomento), Spain's property market is recovering after a protracted crisis. According to the data submitted by the government in 2010, in a total were recorded 491,000 real estate transactions. This figure is by 5.9% higher than for the same period in 2009, notes euroweeklynews.com.

The fourth quarter of 2010 was the most successful for the Spanish property market since the crisis began in 2008. The growth in the number of deals during this period is amounted to 14.2%.

Also government statistics says about the growth in demand for Spanish property among foreign buyers. The number of contracts for sale to foreigners has increased by 20.6%. The most popular among foreigners was the Alicante province, where the number of transactions rose by 24.3%.

Among the autonomous regions of Spain 11 autonomies reported about the increase of apartments sales, while 6 areas reported about falling of demand.
The leader was the Basque Country. Here, the overall growth was over 30%. The outsider is Murcia, where the market continued to decline and was amounted to 16.3%. In the struggle between two major competitors of beach holidays in Spain - Costa del Sol and Costa Blanca – the leadership goes to the latter. In the region of Valencia, where are the resorts of the Costa Blanca, the increase was amounted to 7.5%. At the same time in Andalusia with the Costa del Sol experienced falling in demand by 0.6%.
Despite this Andalusia continues to be the largest Spanish real estate market. It accounts for 88,000 transactions. In terms of the market size Andalusia is followed by Valencia, Catalonia and the region of Madrid, where each has about 60 000 transactions.

Spain is hoping that this year will be even more successful. On the background of recent revolutions in Tunisia and Egypt, Spanish tourism acquired an additional growth factor. As expected, holidays in Spain for many tourists this year is an alternative to the beaches of Hurghada and Monastir. Spain's real estate market shall respond with natural growth to such conjuncture.